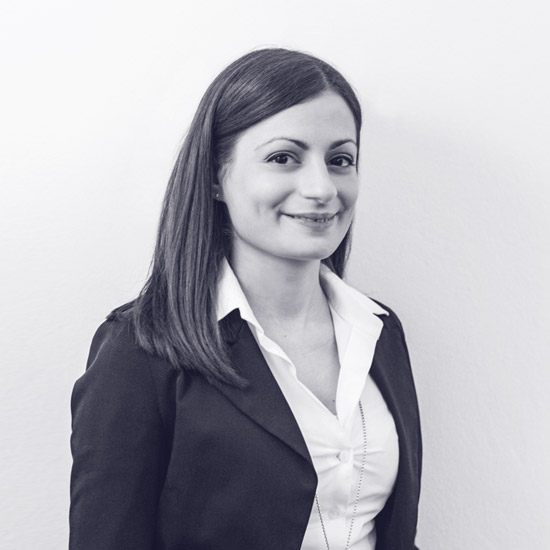 Has worked with Studio Bogoni since 2012, after gaining considerable experience with a leading management consultancy firm in the North East of Italy.

Her work mainly involves assisting enterprises in pathological situations, putting together strategic industrial and economic-financial plans, particularly in connection with arrangement with creditors and debt restructuring proceedings. She also assists the firm during the stages following judicial approval in insolvency proceedings being examined, preparing the distribution plans.

She also deals with the analysis of financial statements, drawing up of business plans and business valuation reports as part of corporate reorganisation and financial restructuring operations.

She was awarded a Post Graduate Degree in Economy and Law at Padova University in 2007.